Way back in October of last year, we sort of decided that we would buy an apartment. I say sort of because we wandered farther and farther into the world of Roman real estate until suddenly we were in so deep that there was no turning back – even today, keys in hand and renovation creeping slowly towards completion, neither of us can manage to get immobiliare.it to stop sending us daily emails full of apartments for sale.

Buying an apartment in Rome is… an undertaking. The process swallowed us whole. One minute we were casually browsing the listings hung in real estate agents’ windows; the next, we were spending our evenings studying floor plans and scrutinising bad cellphone photos on apartment listings while slotting numbers into the world’s most complicated spreadsheet, engineered by Valerio to take in a bunch of information and spit out the true market value of an apartment.

We sifted through what must have been thousands of listings online, rejected most immediately, and actually went to see a total of eleven. From the listing, I was convinced that the first place we saw would be The One. It was one street over from our current place, so close that I could see my bedroom wall if I craned my neck out of the window in its stairwell. Online, it looked spacious, and like it would need very little work. I went in prepared to love it; the reality check was swift.

One apartment in a former convent in Trastevere featured stained wallpaper curling itself off mildew-spotted walls and dark rooms stuffed with ancient, rotting furniture. Another apartment, this one in Monti, had a lovely large bathroom… that opened directly into the undersized kitchen. I fell hard for a place on Piazza San Cosimato because it felt spacious and light-filled; further inspection revealed a future plumbing disaster in the making.

A lot of people tried to give us a lot of advice about the whole process, but one thing I heard over and over was not to get emotionally involved. It’s just an apartment, they said. It’s a logical decision, not an emotional one. Except – it’s not just an apartment, it’s a future home, and every little factor, from the quality of the market down the street to the light filtering in through that potential future living room window is going to shape some part of the life lived inside.

It was impossible for me to not get emotionally attached. Valerio looked to his spreadsheet for an objective opinion. I either liked the feeling inside or I didn’t. I am, after all, the girl who moved to Rome on a whim. Spreadsheets don’t really resonate with me.

One day we found it – The One. Except we didn’t really know it was The One right away, just that we both liked the neighbourhood, it was the right size, it had a floor plan that didn’t leave us wondering about the sanity of the architect, a kitchen that didn’t appear to be wedged into a hallway, and actually had the holy trilogy of ample natural light, an upper floor, and an elevator.

We liked it. A lot. And the spreadsheet liked it, mostly. But as is so common in the world of Italian real estate, so began a multi-faceted patience-testing drama involving an unpleasant and paranoid owner, dodgy documentation, and disagreements over numbers. And so passed two months between our first visit and when we finally made an offer – an offer that was accepted after two extremely nail-biting weeks, exactly the day before Italy went into lockdown. That was in early March.

On the last day of July, the rogito – the final part of the sale, the actual deed – was signed. We drank a bottle of champagne in the apartment’s echo-y, empty living room. A few days later, the construction company came in with their sledgehammers and jackhammers and started breaking up the floor and tearing down some walls.

But that is a story for another day. Stay tuned. 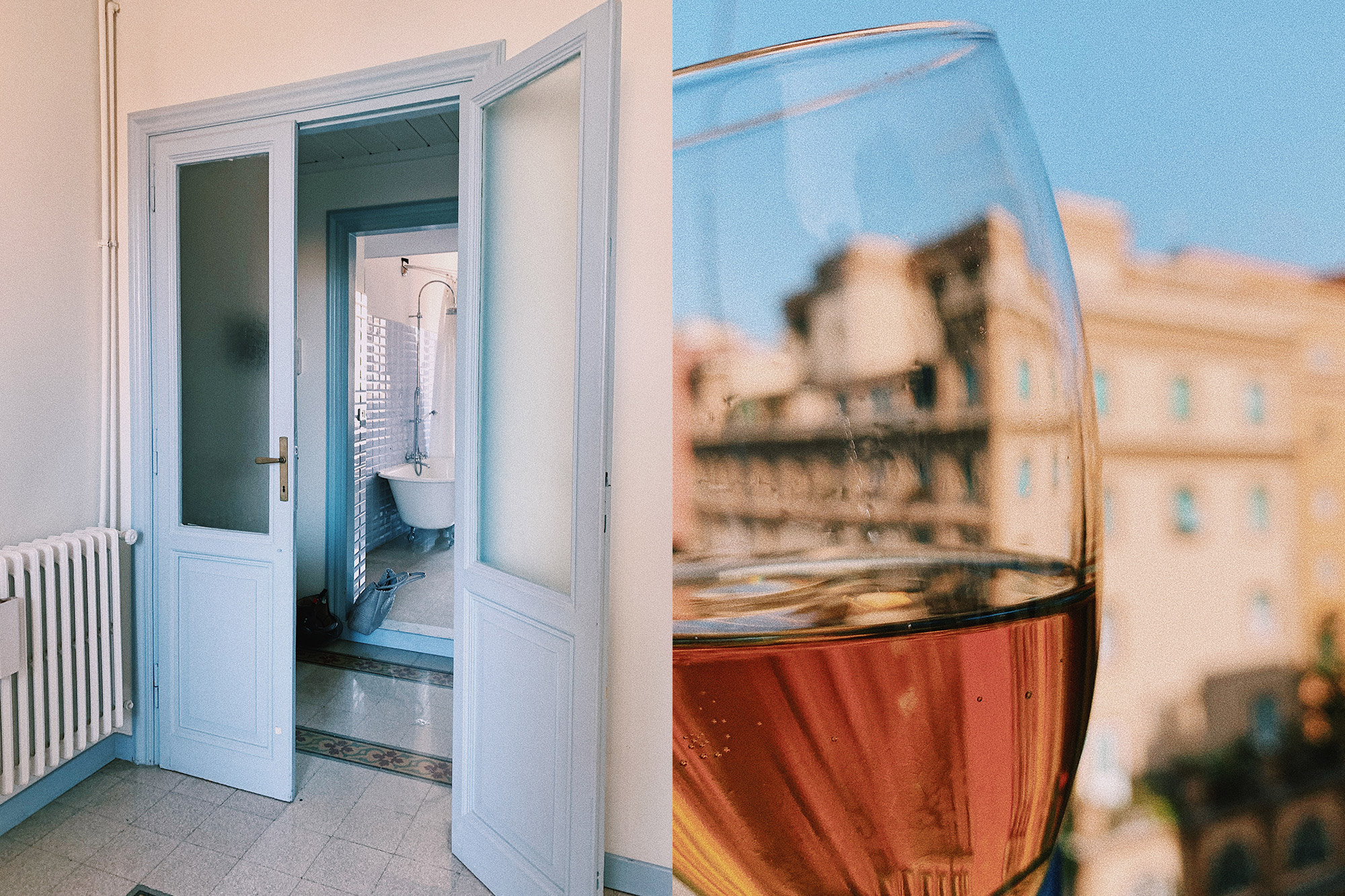 Way back in October of last year, we sort of decided that we would buy an apartment. I say sort of because we wandered farther and farther into the world of Roman real estate until suddenly we were in so deep that there was no turning back – even today, keys in hand and renovation creeping slowly towards completion, neither of us can manage to get immobiliare.it to stop sending us daily emails full of apartments for sale. Read more…